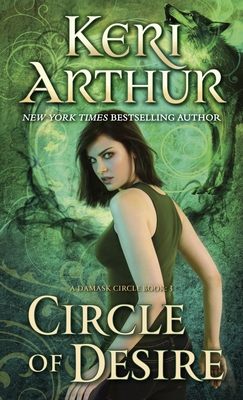 Two children have been found dead, their souls torn from their bodies. Two more are missing, and Ethan Morgan’s niece is one of them. A dedicated cop, Ethan has every intention not only of bringing her back alive but of catching the monster behind these kidnappings. And he will use anyone and everyone to achieve those aims—even a crazy woman who claims to be a witch. But time is ticking. The victims rarely stay alive for more than seven days. Four of those days have already passed.

In ten years of working for the Damask Circle, shapeshifter Katherine Tanner has never come across anything that goes after kids the way this monster does. The last thing Kat needs is interference from a cop who has no idea what he’s up against. But the greatest threat to Kat may come not from the forces of darkness, but from the man she is beginning to love. Because Ethan is a werewolf . . . and the full moon is rising.