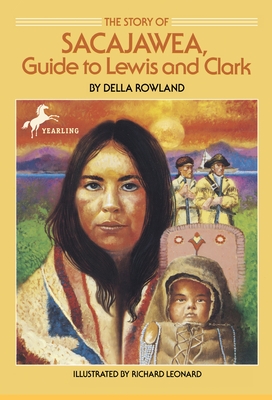 The Story of Sacajawea

Guide to Lewis and Clark

As a young girl, Sacajawea was separated from her family when she was captured by a band of Minnetaree warriors and taken to be their slave. Several years later, she was bought by a French fur trader to be his wife. Then, in 1804, when she was only sixteen years old, Sacajawea met Lewis and Clark.

Carrying her infant son on her back, Sacajawea helped guide the famous team of explorers through the uncharted terrain of the western United States. Her courageous efforts made an important contribution to America's history.

Della Rowland grew up in Indiana. She then lived in Nashville before moving to New York City where she developed a passion for writing children’s books. The topics of her books vary from Martin Luther Jr., to Ireland, to fairy tales, to animals both wild and domestic. Della lives in New Jersey with her family.
Loading...
or
Not Currently Available for Direct Purchase