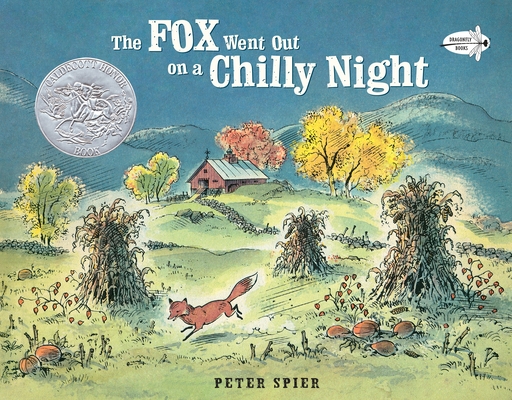 The Fox Went Out on a Chilly Night

This Caldecott Honor book from beloved illustrator Peter Spier is a spirited take on a classic American folk song.

Over fifty years after he won a Caldecott Honor for The Fox Went Out on a Chilly Night, legendary illustrator Peter Spier went back to this time-honored favorite in 2014 to paint the half of the book that was originally printed in black and white. In this glowing, restored vision of Spier’s beloved classic, follow the wily fox as he roams a sleepy New England town in search of a meal, with tones and textures so vivid you can almost hear the crackle of crisp fall leaves and the ripples of the river in the moonlight.

Praise For The Fox Went Out on a Chilly Night…

An American Bookseller Pick of the Lists

PETER SPIER was one of America's most popular and renowned children's illustrators. His books, acclaimed by critics and readers alike, won numerous awards and honors: Noah's Ark won the Caldecott Medal and The Fox Went Out on a Chilly Night is a Caldecott Honor Book. His book People was awarded the Christopher medal, was nominated for an American Book Award, and received the National Mass Media Award from the National Conference of Christians and Jews for "outstanding contributions to better human relations and the cause of brotherhood."

Spier was born and educated in Amsterdam. Before coming to the United States he served in the Royal Dutch Navy. He illustrated more than 100 books and was also an avid and celebrated builder of model ships. Peter Spier died in 2017 at the age of 89.
Loading...
or
Not Currently Available for Direct Purchase