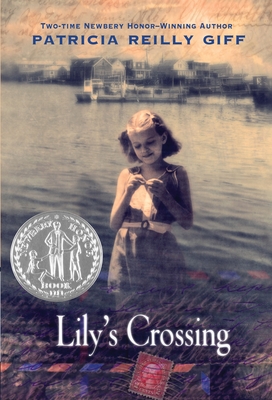 This “brilliantly told” (New York Times) Newbery Honor Book gives readers a sense of what it was like to be on the American home front while our soldiers were away fighting in World War II.

As in past years, Lily will spend the summer in Rockaway, in her family’s summer house by the Atlantic Ocean. But this summer of 1944, World War II has changed everyone’s life. Lily’s best friend, Margaret, has moved to a wartime factory town, and, much worse, Lily’s father is going overseas to the war.

There’s no one Lily’s age in Rockaway until the arrival of Albert, a refugee from Hungary with a secret sewn into his coat. Albert has lost most of his family in the war; he’s been through things Lily can’t imagine. But soon they form a special friendship. Now Lily and Albert have secrets to share: They both have told lies, and Lily has told one that may cost Albert his life.

Named a 1998 Newbery Honor Book, an ALA Notable Book, and a Boston Globe--Horn Book Honor Book.

"Exceptional characterizations and a robust story line...this has all the ingredients that best reward readers."
--Publishers Weekly

"With wry comedy and intense feeling...Giff gets across a strong sense of what it was like on the home front during World War II...The friendship story is beautifully drawn."
--Booklist

Patricia Reilly Giff has recieved the Newbery Honor for Pictures of Hollis Woods and Lily’s Crossing, which is also a Boston Globe–Horn Book Honor Book. Nory Ryan’s Song was named an ALA Best Book for Young Adults and an ALA Notable Book.
Loading...
or support indie stores by buying on