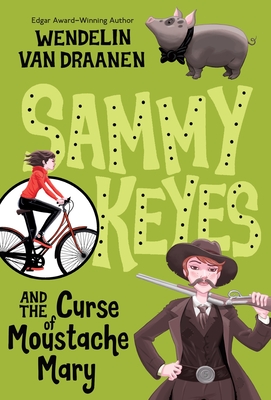 Sammy Keyes and the Curse of Moustache Mary

When Sammy and her friends meet Lucinda Huntley walking her 200-pound pig down the middle of the road, their quiet weekend in the country quickly becomes an adventure. Lucinda tells them a true tale of the Wild West, her great-grandma Moustache Mary, and a century-old family feud.

But this feud is hardly ancient history. Past and present collide—and combust!—when Mary's pioneer cabin burns to the ground. Sammy thinks the cause of the fire may be a hundred years old, but still, the gas can she finds near the scene of the crime is shiny and new. . . .

Praise For Sammy Keyes and the Curse of Moustache Mary…