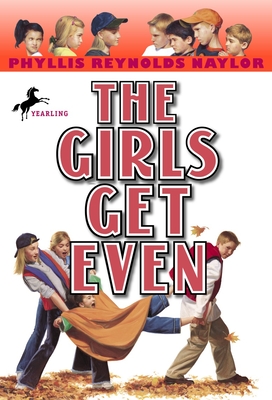 The Girls Get Even (Boy/Girl Battle #2)

As Halloween approaches, the three Malloy sisters find themselves continually trying to get even with the four Hatford brothers, who have been playing tricks on them since the Malloys moved from Ohio to West Virginia.

Phyllis Reynolds Naylor grew up in Anderson, Indiana, and Joliet, Illinois. She loved to make up stories and write little books when she was growing up, and sold her first story when she was 16 for $4.67. Naylor worked as a teacher and an editor before she began to write full-time in 1960. She sold her first book for children in 1965. Her book Shiloh won the Newbery Medal in 1992, and later became part of a quartet of novels.Phyllis Reynolds Naylor lives in Gaithersburg, Maryland with her husband, Rex who is a speech pathologist. They have two grown sons and four grandchildren.
Loading...
or
Not Currently Available for Direct Purchase