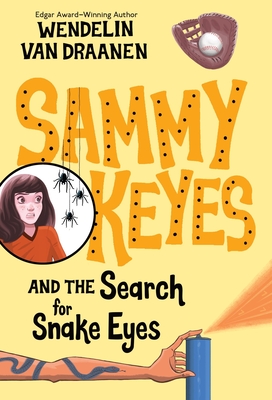 Sammy Keyes and the Search for Snake Eyes

Sammy's softball team is in contention for the Junior Slugger's Cup, and all she wants to do is hunker down behind the home plate and catch strikes. But Heather Acosta brings new meaning to the term "foul ball" as she schemes to get Sammy kicked off the team.

Then Sammy is thrown a wild pitch by a frantic girl at the mall. The girl asks Sammy to watch her bag and dashes off before Sammy discovers that the bag she's left holding contains a baby! When the girl doesn't return, Sammy decides to go find her. A heart-pounding search ensues, and leads to some situations that are definitely not covered in the softball playbook.

Praise For Sammy Keyes and the Search for Snake Eyes…