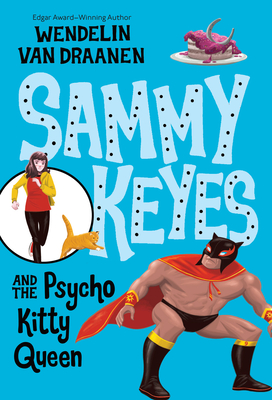 Sammy's mom comes to town with a birthday bombshell...

It's Sammy's birthday, which should be a good thing, right? Not when her mom lets her cat out and now he's missing. Not when Sammy finds three dead cats while she's looking for him. And not when a psycho cat lady blames Sammy because one of the dead cats belonged to her.

Add a suspicious pro-wrestler named El Gato, a public cat-fight with her arch-enemy Heather, and a bombshell of a secret from her mom, and you've got a recipe for Sammy's worst birthday ever.

Praise For Sammy Keyes and the Psycho Kitty Queen…