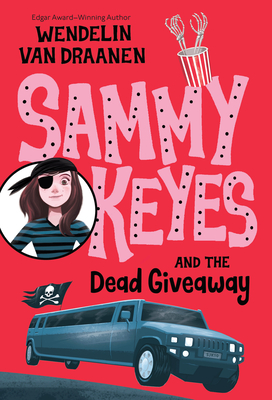 Sammy Keyes and the Dead Giveaway

In this adventure, Sammy is the one whodunnit--but will she get away with it?

"This is one of the best entries in the popular long-running series." --Booklist

Sammy's made a deadly mistake. The good news: No one knows she did it. The delicious dilemma: Everyone thinks her archenemy Heather is to blame.

Now Heather's in a major jam, and it feels almost fair--Heather has pinned more than a few crimes on Sammy. Besides, there are distractions galore to keep Sammy from confessing. Like the end of the school year. And the Farewell Dance. Especially the dance, since she's going with Heather's (dreamy) brother Casey.

But Sammy knows the truth has an uncanny way of resurfacing, and when it does, the stench can be more vile than the school cafeteria.

Praise For Sammy Keyes and the Dead Giveaway…