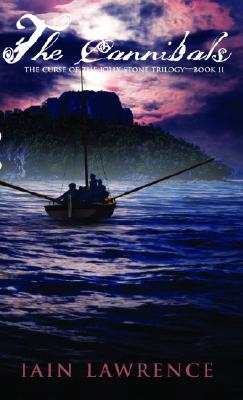 The Curse of the Jolly Stone Trilogy, Book II

As Tom Tin nears Australia, where he's to serve a lengthy sentence for a murder he didn t commit, he and his fellow convict, Midgely, plot their escape. No matter that the ship carrying them and the other juvenile criminals is captained by Tom's father. Tom knows his father can t help him clear his name and regain his freedom not as long as Mr. Goodfellow, a man who wants the ruin of the Tin family, wields power back in London. So Tom and Midgely decide to go overboard So do other boys who seize their chance at liberty boys who aren t so innocent, and who have it in for Tom.
To make things worse, the islands in the Pacific look inviting, but Tom remembers his father's warnings: headhunters and cannibals lurk there The boys go anyway. And as conflict among them mounts, as they encounter the very dangers Captain Tin spoke of, Tom must fight to keep himself and Midgely alive.


Praise For The Cannibals: The Curse of the Jolly Stone Trilogy, Book II…

"Readers in search of swashbuckling adventure, gripping plot twists, and hair-raising encounters will gravitate to this sequel to The Convicts."—School Library Journal

Iain Lawrence is the author of numerous acclaimed novels for young people, including "The Convicts," "B for Buster," "The Lightkeeper s Daughter," "Lord of the Nutcracker Men," "Ghost Boy," and the High Seas Trilogy: "The Wreckers," "The Smugglers," and "The Buccanneers." "From the Hardcover edition.""
or
Not Currently Available for Direct Purchase