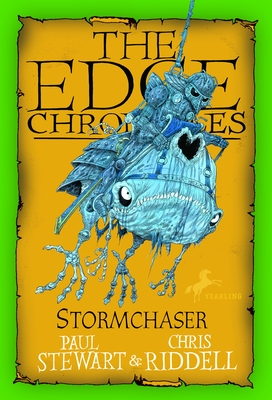 Since his childhood in the DeepWoods, young Twig has always longed to soar above the forest canopy and explore the sky. Now a crew member on his father’s sky pirate ship, the Stormchaser, his dream seems fulfilled. But a much higher destiny awaits Twig. The lofty city of Sanctaphrax—built on a giant rock, floating high in the sky—is at the point of disaster. The city’s future is dependent on stormphrax—a valuable substance available only from the heart of a Great Storm. And only the Stormchaser, with Twig onboard, could risk entering a storm. . . .

Chris Riddell has illustrated many books for children and has been shortlisted for the Kate Greenaway Medal and the Kurt Maschler Award. He is also the acclaimed political cartoonist for the Guardian and the Observer. He lives in Sussex, England.
Loading...
or
Not Currently Available for Direct Purchase