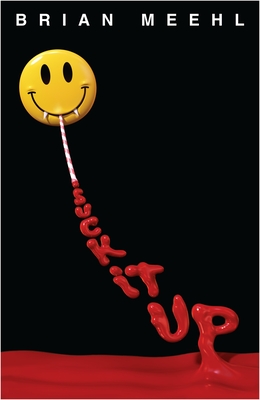 ★ “A refreshing take on the vampire romance.”—Publishers Weekly, Starred

Are you up to your neck in bloodsucking vampire stories?

Tired of those tales about dentally enhanced dark lords?

Before I wrote this book I thought all vampires were night-stalking, fangpopping, bloodsucking fiends. Then I met Morning McCobb. He’s a vegan vampire who drinks a soy-blood substitute called Blood Lite. He believes staking should be a hate crime. And someday he hopes to march in a Vampire Pride Parade. He was also the first vampire to out himself and try to show people of mortality, like you and me, that vampires are just another minority with special needs. Trust me—this is like no other vampire book you’ll ever feed on.

So, as my buddy Morning says, “Pop the lid, and suck it up.”

“Appealing characters and an original vampire world. Delightful for those who like their romance vaguely paranormal, their adventure romantic and their vampires defanged.”—Kirkus Reviews

Starred Review, Publishers Weekly, April 28, 2008:
"A refreshing take on the brooding vampire romance, with a misfit vampire protagonist readers are certain to love."

Brian Meehl’s comedic “vampire lite” story is unlike any vampire tale ever told. He lives in Redding, Connecticut.
Loading...
or
Not Currently Available for Direct Purchase