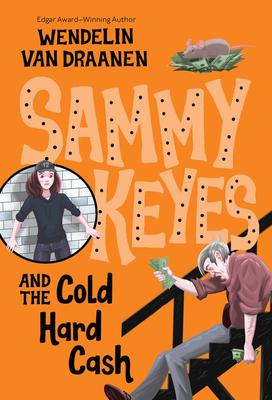 A stash of easy money makes for some hard choices for Sammy Keyes.

"An exceptionally good entry in an already remarkable series."--Booklist

Sammy Keyes has three wads of cold hard cash in her hot little hands. An old guy gave them to her. Well, actually, he told her to throw them away. With his last dying breath. Which he was taking because Sammy had just scared the life right out of him. So . . . she's got to get this man some help. She's got to do it without being seen herself. And she's got to figure out how to stash that cash. (Aw, c'mon! You'd keep the money too, right?) But it turns out other people are after that money--and now they're after her.

Crooks Sammy can handle. The thing that's scaring her to death is Brandon's pool party--and the thought that her crush Casey will be there...

Praise For Sammy Keyes and the Cold Hard Cash…