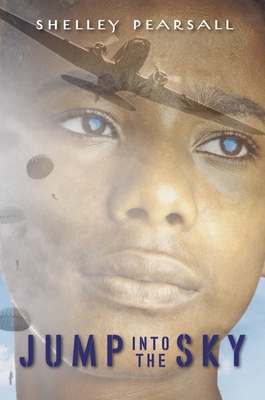 Jump into the Sky

It's May 5, 1945. Carrying nothing but a suitcase and a bag of his aunt's good fried chicken, 13-year-old Levi Battle heads south to a U.S. Army post in search of his father—a lieutenant in an elite unit of all black paratroopers. The fact that his father doesn't even know he's coming turns out to be the least of his problems.

As Levi makes his way across the United States, he learns hard lessons about the way a black boy is treated in the Jim Crow South. And when he arrives at his destination, his struggles are far from over. The war may be ending, but his father's secret mission is just beginning—and it's more dangerous than anybody imagined. . . .

Shelley Pearsall has created an unforgettable character in Levi and gives readers a remarkable tour of 1945 America through his eyes. Jump into the Sky is a tour de force of historical fiction from a writer at the very top of her game.

Praise For Jump into the Sky…

Starred Review, The Bulletin of the Center for Children's Books, October 2012:
“Levi’s voice—humorous and acutely insightful—perfectly captures the viewpoint of a resilient young man whose feet sting from his first harsh landing in the adult world. Fans of Christopher Paul Curtis will fall right into line.”

Starred Review, Booklist, September 15, 2012:
“This poignant, powerful tale of father and son getting to know each other in small, delicate steps is suffused with Levi’s yearning for approval. Strong characterizations on all sides support the weighty story line.”