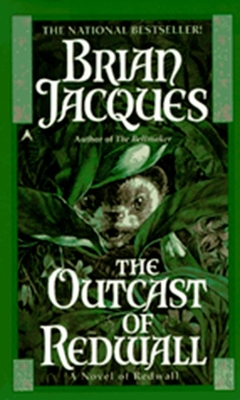 Many seasons ago, the evil ferret warlord known as Swartt Sixclaw abandoned his infant son and left him for dead.

Raised among the good creatures of Redwall Abbey, the ferret Veil could never escape his father’s tainted blood. And when he committed an forgivable crime, Veil was banished from the abbey forever.

Now, Swartt Sixclaw and his vicious hordes of searats and vermin are on the warpath. And The Outcast of Redwall must choose his destiny—a friend or foe of Redwall Abbey…

Praise For Outcast of Redwall…