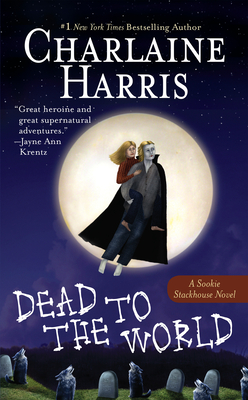 Psychic Sookie Stackhouse has her hands full with an amnesiac vampire in the fourth seductive novel in the #1 New York Times bestselling series—the inspiration for the HBO® original series True Blood.

When cocktail waitress Sookie Stackhouse sees a naked man on the side of the road, she doesn’t just drive on by. Turns out the poor thing hasn’t a clue who he is, but Sookie does. It’s the vampire Eric Northman—but now he’s a kinder, gentler Eric. And a scared Eric, because whoever took his memory now wants his life.

Sookie’s investigation into why leads straight into a dangerous battle among witches, vampires, and werewolves. But a greater danger could be to Sookie’s heart—because the kinder, gentler Eric is very difficult to resist...

Praise For Dead to the World (Sookie Stackhouse/True Blood #4)…