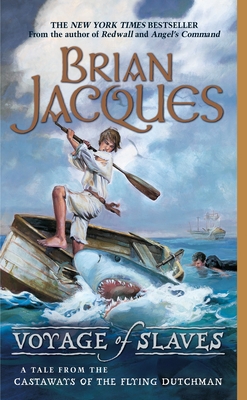 Voyage of Slaves (Castaways of the Flying Dutchman Series #3)

From the the New York Times bestseller author of Redwall and Angels of Command comes another swashbuckling tale about the cast of the Flying Dutchman pirate ship.

Adrift in the Mediterranean, Ben and his loyal dog Ned-cursed by an avenging angel to roam the earth forever-fall into the clutches of a slaver, and have no one to rely on but each other in their quest for freedom.

Brian Jacques was both a master storyteller and a jack-of-all-trades. He lived the life of a sailor, actor, stand-up comedian, radio host, bobby, even a bus driver. He was the recipient of an honorary doctorate in literature from the University of Liverpool and a New York Times bestselling author of more than twenty-five books for younger readers, including the wildly popular Redwall series. Dr. Jacques was a lifelong resident of Liverpool, England.
Loading...
or
Not Currently Available for Direct Purchase