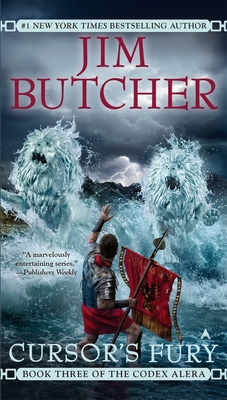 In his acclaimed Codex Alera novels, #1 New York Times bestselling author Jim Butcher has created a fascinating world in which the powerful forces of nature take physical form. But even magic cannot sway the corruption that threatens to destroy the realm of Alera once and for all...

When the power-hungry High Lord of Kalare launches a merciless rebellion against the First Lord, young Tavi of Calderon joins a newly formed legion under an assumed name. And when the ruthless Kalare allies himself with a savage enemy of the realm, Tavi finds himself leading an inexperienced, poorly equipped legion—the only force standing between Alera and certain doom...

“The author of the Dresden Files modern fantasy series is equally familiar with old-style, ‘classic’ fantasy, demonstrating his skill in complex plotting and vivid world crafting to masterly effect.”—Library Journal

“Plenty of military action and some interesting revelations about Tavi’s past make this one of the best volumes yet in this entertaining series.”—Locus