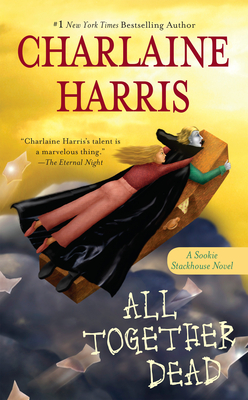 Louisiana cocktail waitress Sookie Stackhouse is stuck in the middle of a vampire gathering on the verge of disaster in the seventh novel in the #1 New York Times bestselling series—the inspiration for the HBO® original series True Blood.

Sookie Stackhouse has her hands full with shapeshifter Quinn—a possible new man in her life—and the upcoming central U.S. Vampire Summit on the shores of Lake Michigan. Sookie's job at the summit is to support Vampire Queen Sophie-Anne, whose power base was weakened by hurricane damage to New Orleans. But Sookie is about to discover just how dangerous that job can be, as she is drawn further and further into the vampire world...

Charlaine Harris is the #1 New York Times bestselling author of the Sookie Stackhouse and Midnight, Texas, fantasy/mystery series and the Aurora Teagarden, Harper Connelly, and Lily Bard mystery series. Her books have inspired HBO’s True Blood, NBC’s Midnight, Texas, and the Aurora Teagarden movies for Hallmark Movies & Mysteries. She has lived in the South her entire life.

Praise For All Together Dead (Sookie Stackhouse/True Blood #7)…

“Blending action, romance, and comedy, Harris has created a fully functioning world so very close to our own, except, of course, for the vamps and other supernatural creatures.”—The Toronto Star
or support indie stores by buying on
(This book is on backorder)
Copyright © 2020 American Booksellers Association