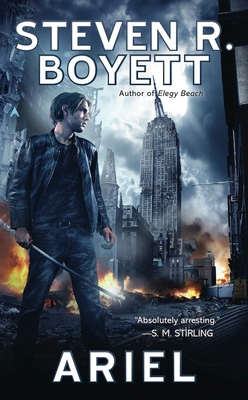 It?s been five years since the lights went out, cars stopped in the streets, and magical creatures began roaming Earth.

Pete Garey survived the Change, trusting no one but himself until the day he met Ariel?a unicorn who brought new meaning and adventure to his life.

STEVEN R. BOYETT sold his first novel at 21 and went on to publish novels, short stories, feature screenplays, and comic books. In 1999 he took some time off from writing, and during this period he learned to play the didgeridoo, a unique Australian wind instrument. This led him to learn about digital recording, which led to composing electronica, which led to DJing. He produces three of the world's most popular music podcasts: the groundbreaking Podrunner and Podrunner: Intervals (workout music mixes), and Groovelectric (dance music mixes of what he calls New Old Funk).