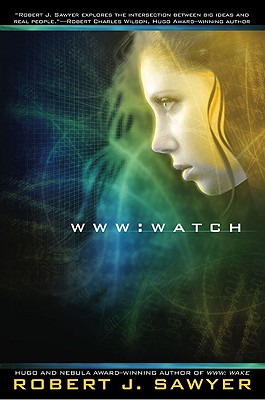 Award-winning author Robert J. Sawyer continues his "wildly though- provoking" science fiction saga of a sentient World Wide Web.
Webmind is an emerging consciousness that has befriended Caitlin Decter and grown eager to learn about her world. But Webmind has also come to the attention of WATCH-the secret government agency that monitors the Internet for any threat to the United States-and they're fully aware of Caitlin's involvement in its awakening.
WATCH is convinced that Webmind represents a risk to national security and wants it purged from cyberspace. But Caitlin believes in Webmind's capacity for compassion-and she will do anything and everything necessary to protect her friend.