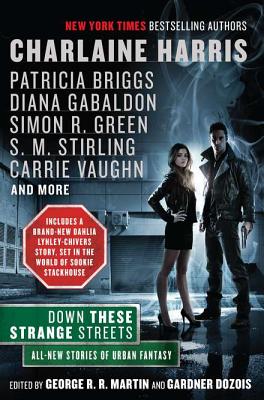 Down These Strange Streets

All new strange cases of death and magic in the city by some of the biggest names in urban fantasy.

In this all-new collection of urban fantasy stories, editors George R.R. Martin and Gardner Dozois explore the places where mystery waits at the end of every alley and where the things that go bump in the night have something to fear...

George R.R. Martin's books have been on bestseller lists around the world. He lives in Santa Fe, New Mexico.

Gardner Dozois has won fifteen Hugo Awards and twenty-eight "Locus" Awards for editing, plus two Nebula Awards for writing. He lives in Philadelphia, Pennsylvania.
Loading...
or
Not Currently Available for Direct Purchase