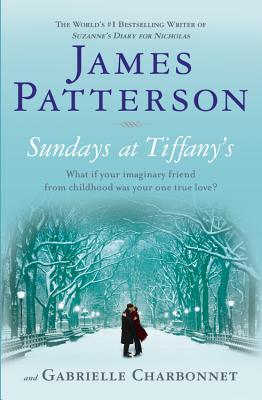 The successful but lonely daughter of a powerful New York theater icon falls for her imaginary friend in this touching love story.
Jane Margaux is a lonely little girl. Her mother, a powerful Broadway producer, makes time for her only once a week, for their Sunday trip to admire jewelry at Tiffany's. Jane has only one friend: a handsome, comforting, funny man named Michael. He's perfect. But only she can see him.
Michael can't stay forever, though. On Jane's ninth birthday he leaves, promising her that she'll soon forget him. Years later, in her thirties, Jane is just as alone as she was as a child. And despite her own success as a playwright, she is even more trapped by her overbearing mother. Then she meets someone-a handsome, comforting, funny man. He's perfect. His name is Michael . . .

Praise For Sundays at Tiffany's…

"What do women want? At this point in his career Mr. Patterson probably has a better answer than Freud did."—Janet Maslin, New York Times

"Entertaining . . . Readers looking for a romantic escape will enjoy [this book]."—Midwest Book Review

"A love story with an irresistible twist."—Woodstock Sentinel-Review (Canada)
or
Not Currently Available for Direct Purchase
Copyright © 2020 American Booksellers Association