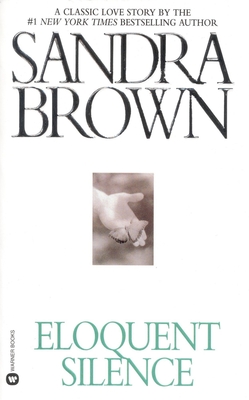 In a vibrant New Mexico art community, a career-driven young teacher is irresistibly drawn to a sexy and mysterious TV star with a dark past. Lauri is a dedicated young teacher for the deaf. Her past conceals a wound still unhealed, her present is a facade, and she uses her career to hide her loneliness. Drake, daytime TV's most popular actor, has two secrets -- the dead wife he can't forget and his daughter Jennifer, a hearing-impaired child who may become a pawn between the man and the woman she needs most. Now, in a chic New Mexico arts community, the three are given a chance to be a family . . . but each of them must find a voice to express the deepest fears and greatest needs of the heart.

Sandra Brown is the author of seventy-two New York Times bestsellers. There are more than eighty million copies of her books in print worldwide, and her work has been translated into thirty-four languages. Four of her books have been made into films. In 2008, the International Thriller Writers named Brown its Thriller Master, the organization’s highest honor. She has served as president of Mystery Writers of America and holds an honorary doctorate of humane letters from Texas Christian University. She lives in Texas.
Loading...
or
Not Currently Available for Direct Purchase