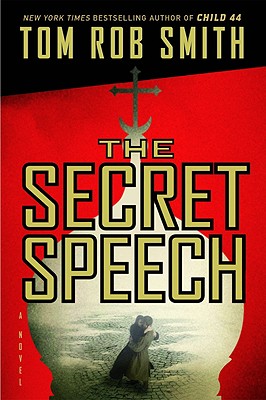 Tom Rob Smith-the author whose debut, Child 44, has been called "brilliant" (Chicago Tribune), "remarkable" (Newsweek) and "sensational" (Entertainment Weekly)-returns with an intense, suspenseful new novel: a story where the sins of the past threaten to destroy the present, where families must overcome unimaginable obstacles to save their loved ones, and where hope for a better tomorrow is found in the most unlikely of circumstances . . .
THE SECRET SPEECH
Soviet Union, 1956. Stalin is dead, and a violent regime is beginning to fracture-leaving behind a society where the police are the criminals, and the criminals are innocent. A secret speech composed by Stalin's successor Khrushchev is distributed to the entire nation. Its message: Stalin was a tyrant. Its promise: The Soviet Union will change.
Facing his own personal turmoil, former state security officer Leo Demidov is also struggling to change. The two young girls he and his wife Raisa adopted have yet to forgive him for his part in the death of their parents. They are not alone. Now that the truth is out, Leo, Raisa, and their family are in grave danger from someone consumed by the dark legacy of Leo's past career. Someone transformed beyond recognition into the perfect model of vengeance.
From the streets of Moscow in the throes of political upheaval, to the Siberian gulags, and to the center of the Hungarian uprising in Budapest, THE SECRET SPEECH is a breathtaking, epic novel that confirms Tom Rob Smith as one of the most exciting new authors writing today.

Praise For The Secret Speech…

"This is a truly remarkable debut novel. CHILD 44 is a rare blend of great insight, excellent writing, and a refreshingly original story. Favorable comparisons to GORKY PARK are inevitable, but CHILD 44 is in a class of its own."
-Nelson DeMille

"CHILD 44 is a remarkable debut novel-inventive, edgy, and relentlessly gripping from the first page to the last."
-Scott Turow

"Smith's pacing is relentless; readers wanting to put the book down for a brief rest may find themselves persevering regardless. Expect the same kind of critical acclaim for this compelling tale that greeted the publication of Martin Cruz Smith's Gorky Park (1981) more than 25 years ago...a very, very good read. Don't miss it."
-Starred BOOKLIST

Tom Rob Smith graduated from CambridgeUniversity in 2001 and lives in London. His first novel, Child 44," was a New York Times "bestseller and an international publishing sensation. Among its many honors, Child 44" won the CWA Ian Fleming Steel Dagger Award and was longlisted for the Man Booker Prize.
Loading...
or
Not Currently Available for Direct Purchase