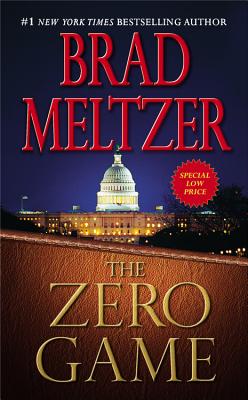 The New York Times bestselling author of The Millionaires and The First Counsel returns to Washington, D.C., with the story of an insider's game that turns deadly.

Matthew Mercer and Harris Sandler are best friends who have plum jobs as senior staffers to well-respected congressmen. But after a decade in Washington, idealism has faded to disillusionment, and they're bored. Then one of them finds out about the clandestine Zero Game. It starts out as good fun-a simple wager between friends. But when someone close to them ends up dead, Harris and Matthew realize the game is far more sinister than they ever imagined-and that they're about to be the game's next victims. On the run, they turn to the only person they can trust: a 16-year-old Senate page who can move around the Capitol undetected. As a ruthless killer creeps closer, this idealistic page not only holds the key to saving their lives, but is also determined to redeem them in the process. Come play The Zero Game-you can bet your life on it.