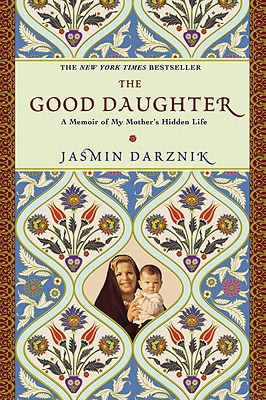 A Memoir of My Mother's Hidden Life

We were a world of two, my mother and I, until I started turning into an American girl. That's when she began telling me about The Good Daughter. It became a taunt, a warning, an omen.


Jasmin Darznik came to America from Iran when she was only three years old, and she grew up knowing very little about her family's history. When she was in her early twenties, on a day shortly following her father's death, Jasmin was helping her mother move; a photograph fell from a stack of old letters. The girl pictured was her mother. She was wearing a wedding veil, and at her side stood a man whom Jasmin had never seen before.

At first, Jasmin's mother, Lili, refused to speak about the photograph, and Jasmin returned to her own home frustrated and confused. But a few months later, she received from her mother the first of ten cassette tapes that would bring to light the wrenching hidden story of her family's true origins in Iran: Lili's marriage at thirteen, her troubled history of abuse and neglect, and a daughter she was forced to abandon in order to escape that life. The final tape revealed that Jasmin's sister, Sara - The Good Daughter - was still living in Iran.

In this sweeping, poignant, and beautifully written memoir, Jasmin weaves the stories of three generations of Iranian women into a unique tale of one family's struggle for freedom and understanding. The result is an enchanting and unforgettable story of secrets, betrayal, and the unbreakable mother-daughter bond.

Praise For The Good Daughter: A Memoir of My Mother's Hidden Life…

"Darznik is a rare talent, and her family history a dazzler." -MORE Magazine

Born in Tehran to an Iranian mother and European father, Jasmin Darznik has contributed to the New York Times, Washington Post, Los Angeles Times, San Francisco Chronicle, and other publications. She received her doctorate in English from Princeton University and is a professor at Washington and Lee University.
Loading...
or
Not Currently Available for Direct Purchase