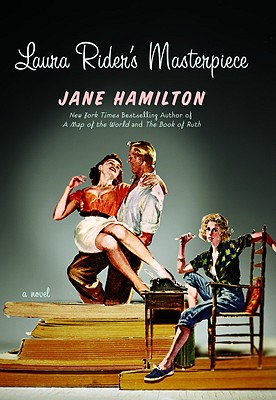 Jane Hamilton has written a sex comedy, and the world is a better place for it. Laura Rider's Masterpiece is a densely observed and seriously droll novel that reads like a dream. Astute, brazen and very funny, Hamilton has flexed all her muscles here, coming up with a kind of Les Liaisons Dangereuses for our rapid-fire e-mail era.
-Meg Wolitzer

"This book is terrific. I wish I could read it for the first time again!"
-New Yorker writer and author of Him Her Him Again The End of Him

Jane Hamilton is the author of The Book of Ruth, winner of the PEN/Hemingway Award for first fiction, and A Map of the World, a New York Times Notable Book of the Year and named one of the top ten books of the year by Entertainment Weekly, Publishers Weekly, the Miami Herald, and People. Both The Book of Ruth and A Map of the World have been selections of Oprah's Book Club. Her following work, The Short History of a Prince, was a Publishers Weekly Best Book of 1998, her novel Disobedience was published in 2000, and her last novel When Madeline Was Young was a Washington Post Best Book of 2006. She lives in and writes in an orchard farmhouse in Wisconsin.
Loading...
or
Not Currently Available for Direct Purchase