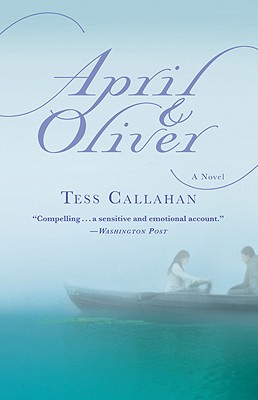 “This is a beautifully written story of two childhood friends reunited by a tragedy that causes each to re-examine their lives and choose a different path. I truly cared about these characters.”
— Sue Skells, Anderson's Bookshop, Naperville, IL
View the List

Best friends since childhood, the sexual tension between April and Oliver has always been palpable. Years after being completely inseparable, they become strangers, but the wildly different paths of their lives cross once again with the sudden death of April's brother. Oliver, the responsible, newly engaged law student finds himself drawn more than ever to the reckless, mystifying April - and cracks begin to appear in his carefully constructed life.

Even as Oliver attempts to "save" his childhood friend from her grief, her menacing boyfriend and herself, it soon becomes apparent that Oliver has some secrets of his own--secrets he hasn't shared with anyone, even his fiance. But April knows, and her reappearance in his life derails him. Is it really April's life that is unraveling, or is it his own? The answer awaits at the end of a downward spiral...towards salvation.

A painter, teacher and mother of twins, Tess Callahan has written for the New York Times Magazine, NPR's Three Books Series, Narrative Magazine, Agni, Writer's Digest, and the Best American Poetry blog. A TEDx speaker on creativity, she finds nourishment in visiting wild, austere landscapes. She lives in Northern New Jersey and Cape Cod. Tess has an MFA in Fiction from Bennington College. April & Oliver is her first novel.
Loading...
or support indie stores by buying on