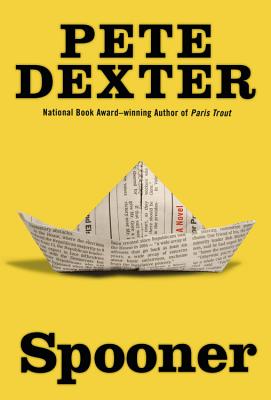 Warren Spooner was born after a prolonged delivery in a makeshift delivery room in a doctor's office in Milledgeville, Georgia, on the first Saturday of December, 1956. His father died shortly afterward, long before Spooner had even a memory of his face, and was replaced eventually by a once-brilliant young naval officer, Calmer Ottosson, recently court-martialed out of service. This is the story of the lifelong tie between the two men, poles apart, of Spooner's troubled childhood, troubled adolescence, violent and troubled adulthood and Calmer Ottosson's inexhaustible patience, undertaking a life-long struggle to salvage his step-son, a man he will never understand.

Pete Dexter, writing of the part played by love in the exuberant life of his hero, Spooner, and the fatal inevitability of the compromises that make life bearable, has given us a novel of picaresque vitality--outlandish, anecdotal, profuse, funny, profound.
-Susanna Moore, author of My Old Sweetheart and In the Cut

Dexter remarried, won the National Book Award and built a house in the desert so remote that there is no postal service. He's out there six months a year, pecking away at the typewriter, living proof of the adage "What goes around comes around"--that is, you quit the post office, pal, and the post office quits you.