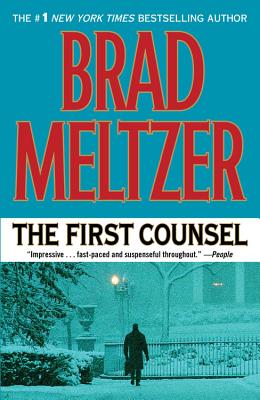 White House lawyer Michael Garrick has a relatively anonymous position at a very public address. That is, until he starts dating Nora Harston (secret service code name: Shadow), the sexy and dangerously irresistible daughter of the President. But the confident young attorney thinks he can handle the pressure. Until, out on a date, Nora and Michael see something they shouldn't. To protect her, he admits to something he shouldn't. And when a body is discovered and Michael is the suspected killer, he finds himself on the run. Now, in a world where power is an aphrodisiac and close friends carry guns and are under strict orders to risk their lives, Michael must find a way to prove his innocence.

Praise For The First Counsel…

"Brad Meltzer is so good."—ENTERTAINMENT WEEKLY

"Brad Meltzer has earned the right to belly up to the bar with John Grisham, Scott Turow, and David Baldacci."—PEOPLE