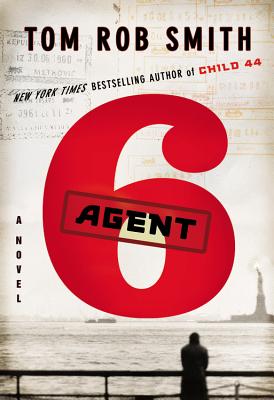 Tom Rob Smith's debut, Child 44, was an immediate sensation and marked the arrival of a major new talent in contemporary fiction. Named one of top 100 thrillers of all time by NPR, it hit bestseller lists around the world, won the CWA Ian Fleming Steel Dagger Award and the ITW Thriller Award for Best First Novel, and was longlisted for the Man Booker Prize.

In this spellbinding new novel, Tom Rob Smith probes the tenuous border between love and obsession as Leo Demidov struggles to untangle the threads of a devastating conspiracy that shatters everything he holds dear. Deftly capturing the claustrophobic intensity of the Cold War-era Soviet Union, it's at once a heart-pounding thriller and a richly atmospheric novel of extraordinary depth....

"A gripping, relentless whodunit plot...Most readers will reach the final page with regret and in awe of Smith's uncompromising vision of the realities of a police state and the toll it takes on those caught in its meshes."—Publisher's Weekly (starred review)

"An old-fashioned thriller that would do Ludlum and le Carré proud...A big book, in every sense, that's sure to draw attention."—Kirkus (starred review)

"When a trilogy is as unpredictable and riveting as Tom Rob Smith's Child 44 series, set as it is both in the harsh Russian landscape and the dense thicket of the human soul, expectations quickly evaporate in a page-turning frenzy....Smith, a young British screenwriter turned best-selling novelist, has created in Leo Demidov a Kafkaesque modern hero for our times, a good man trapped in a corrupt, manipulative system, forced to choose between loyalties to family, country and conscience. With a cinematographer's eye for settings and historical detail, Smith uses Leo's journey to examine larger issues, especially the political, social and religious systems that both unite and divide us."
—BookPage

"A new talent who looks set to be entertaining and moving us for many decades to come."—The Scotsman