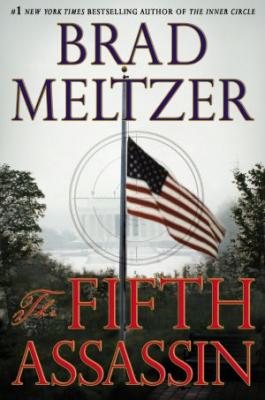 Praise For The Fifth Assassin (The Culper Ring Series)…

"Clearly a history buff of the highest order, Meltzer knows his stuff, and he's included research from chats with none other than President George H.W. Bush....Beecher's got the mental acumen of Robert Langdon and the gumption of Indiana Jones, but unlike those globe-trotting types, Meltzer's protagonist is thrown into adventures made in the USA and acts as an awesome gateway into the deadlier aspects of American history."
—USA Today

"History and suspense collide in shocking ways - and the intensity never lets up. Beecher carries the weight of the story. He's a great character who will resonate with readers since he's like the fun next-door neighbor or your best friend in college....One of his best books to date...The ending of The Fifth Assassin appears to announce that Beecher White will return, and that cannot come fast enough."
—Washington Post

"A fascinating story that blends historical facts, secret codes, with an engrossing mystery...Meltzer is a master at writing his mysteries as puzzles where the pieces are hints dropped throughout the book..."
—Military Press

"Because not since the Fletcher Knebel seminal Seven Days inMay or James Grady's scathing Days of the Condor, has there been a political thriller as relentlessly paced or blisteringly effective as The Fifth Assassin. An early contender for the best thriller of 2013."—The Providence Journal

"When you sit down to start reading, make sure the chair has a comfortable cushion because you'll find yourself unable to put the book down and get anything done. It's that good a read...As always Meltzer's character development and believable plot is spot on. Clearly Mr. Meltzer has done his homework. I think his attention to detail; using true facts combined with fiction to tell his story is what makes him a standalone author in the thriller genre and his fans coming back for more. "
—Suspense Magazine

"Ratchets up the drama and human interest, and Meltzer's fans will enjoy the usual sprinkling of history factoids, fast-paced writing and the double-whiplash bombshell conclusion."
—Kirkus Reviews

"All of Brad's books are a fascinating read. He is a great storyteller who keeps all of us on the edge of our seats."
—President George H.W. Bush