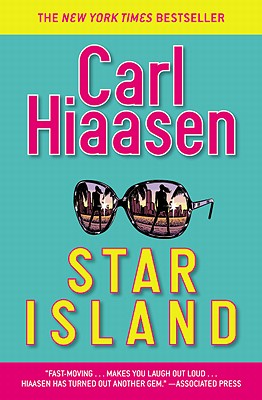 From "the funniest important writer in America" comes a tale that is gleefully zany and incisively sharp (Miami Herald).
Meet 22-year-old Cherry Pye (née Cheryl Bunterman), a pop star since she was fourteen-and about to attempt a comeback from her latest drug-and-alcohol disaster.

Now meet Cherry again: in the person of her "undercover stunt double," Ann DeLusia. Ann portrays Cherry whenever the singer is too "indisposed"-- meaning wasted -- to go out in public. And it is Ann-mistaken-for-Cherry who is kidnapped from a South Beach hotel by obsessed paparazzo Bang Abbott.

Now the challenge for Cherry's handlers (über-stage mother; horndog record producer; nipped, tucked, and Botoxed twin publicists; weed whacker-wielding bodyguard) is to rescue Ann while keeping her existence a secret from Cherry's public -- and from Cherry herself. The situation is more complicated than they know. Ann has had a bewitching encounter with Skink, the unhinged former governor of Florida living wild in a mangrove swamp, and now he's heading for Miami to find her . . .

Will Bang Abbott achieve his fantasy of a lucrative private photo session with Cherry Pye? Will Cherry sober up in time to lip-synch her way through her concert tour? Will Skink track down Ann DeLusia before Cherry's motley posse does? All will be revealed in this hilarious spin on life in the celebrity fast lane.

Carl Hiaasen was born and raised in Florida. He is the author of nineteen novels, including Skinny Dip, Sick Puppy, Stormy Weather, Basket Case, and, for young readers, Flush and Hoot. He also writes a regular column for the Miami Herald.
Loading...
or
Not Currently Available for Direct Purchase