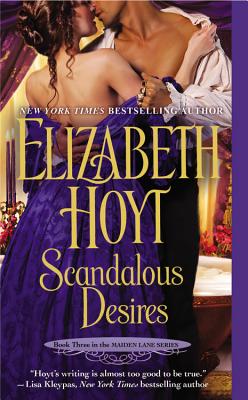 River pirate "Charming" Mickey O'Connor has lifted himself from the depths of the slums to be the king of St. Giles. Anything he wants he gets-with one exception. Silence Hollingbrook has been haunting his dreams ever since she spent a single night in his bed.

Once Silence was willing to sacrifice anything to save the man she loved. Now a widow, she's finally found peace when Charming Mickey comes storming back into her life with an offer she can't refuse. But this time she won't be the only one paying the price for his sins.

LIES IN A WOMAN'S HEART?

When his past comes back to torment him, Mickey must keep Silence safe from a merciless enemy, while wrestling with the delicious hold this widow has on his heart. And in the face of mounting danger, both will have to surrender to something even more terrifying . . . true love.

"There's an enchantment to Hoyt's stories that makes you believe in the magic of love."—-Romantic Times BOOKreviews Magazine

"Elizabeth Hoyt writes with flair, sophistication, and unstoppable passion."—-Julianne MacLean, author of PORTRAIT OF A LOVER

"Hoyt is firmly in control of her craft with engaging characters, gripping plot and clever dialogue."—-Publishers Weekly

The winters in Minnesota have been known to be long and cold and Elizabeth is always thrilled to receive reader mail. You can write to her at PO Box 19495, Minneapolis, MN 55419 or email her at Elizabeth@ElizabethHoyt.com.
Loading...
or
Not Currently Available for Direct Purchase