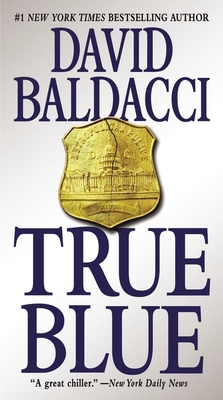 As former D.C cop Mace Perry investigates a mysterious high-profile homicide in a last-ditch attempt to get her badge back, she finds herself on a collision course with the dark side of national security in this New York Times bestseller.

Mason "Mace" Perry was a firebrand cop on the D.C. police force until she was kidnapped and framed for a crime -- and then spent two years in prison. Now she's back on the outside and focused on one mission: to be a cop once more.
Her only shot to be a true blue again is to solve a major case on her own. But even with her police chief sister on her side, she'll have to work in the shadows: A vindictive U.S. attorney will stop at nothing to send Mace back to jail. Enter Roy Kingman . . .

A young D.C. lawyer, Roy meets Mace after the murder of one of the firm's female partners. Soon Roy and Mace are investigating together -- and uncovering surprising secrets from both the private and public sectors of the nation's capital.

"Baldacci has proven his ability to write well-paced thrillers that combine crime and politics in locations ranging from mean streets to opulent mansions."

"Baldacci is at the top of his game here, exercising his talent for creating both winsome and darker-than-dark characters that keep readers turning the pages..."
—Bookpage.com