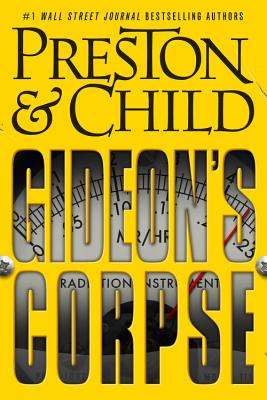 A top nuclear scientist goes mad and takes an innocent family hostage at gunpoint, killing one and causing a massive standoff.
A plume of radiation above New York City leads to a warehouse where, it seems, a powerful nuclear bomb was assembled just hours before.
Sifting through the evidence, authorities determine that the unthinkable is about to happen: in ten days, a major American city will be vaporized by a terrorist attack.
Ten days. And Gideon Crew, tracking the mysterious terrorist cell from the suburbs of New York to the mountains of New Mexico, learns the end may be something worse--far worse--than mere Armageddon.

"The action zigzags like an out-of-control rocket toward a double-deceptive conclusion."—Kirkus Reviews

"Gideon, an engaging fellow from the get-go, lives up to his initial promise, demonstrating an intelligence and resourcefulness that should endear him to adventure fans."—Booklist

"Like Michael Crichton, Preston and Child weave their stories at a thrilling pace...Preston and Child never fail to entertain. And GIDEON'S CORPSE is a thriller that ranks high among their many co-authored offerings to date."—BookReporter.com

"Ever timely and provocative, Douglas Preston and Lincoln Child have given us yet another one of their taut page-turners in GIDEON'S CORPSE...The issue is never if he'll escape, but how. It's the thrill of the ride that counts, and GIDEON'S CORPSE gives the reader a front seat."
—Albuquerque Journal