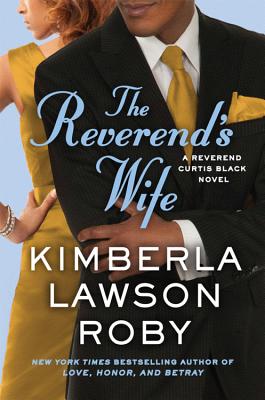 From New York Times bestselling author Kimberla Lawson Roby comes the ninth installment in her award-winning Reverend Curtis Black series. It's been months since Reverend Curtis learned that his wife Charlotte had affairs with two different men, and for now, he continues to be cordial and respectful to her. But he's also made it clear that once their son Matthew graduates high school, he will be filing for divorce. Charlotte, on the other hand, continues to do everything possible to make amends in hopes of saving their marriage. Unfortunately, Curtis is ready to move on and is being propositioned by a woman who desperately wants to become the next Mrs. Curtis Black. When the situation heads down a path that is frighteningly shocking, could it be the final blow to this once blessed union?

Kimberla Lawson Roby is the New York Times bestselling author of the highly acclaimed Reverend Curtis Black Series. She lives with her husband in Rockford, Illinois.


Praise For The Reverend's Wife (A Reverend Curtis Black Novel #9)…

"The writing is cinematic and the juicy plot moves quickly...Roby has a talent for underscoring the universal challenges of people of faith, and more often than not, that strength carries the story."—Publishers Weekly on The Reverend's Wife

"Kimberla Lawson Roby...knows how to give readers what they want."—Essence on The Reverend's Wife

"A storyline that any reader will be able to relate to. The author paints an interesting story with an accurate view of what goes on within the family behind the pulpit." (4 Stars)—RT Book Reviews on The Reverend's Wife

"An exciting page-turner!"—www.upscalemagazine.com on SECRET OBSESSION

"Filled with unexpected twists and turns. A dramatic, engaging, and entertaining piece of work."—Prominence Magazine on SECRET OBSESSION

"The kind of novel I wish more authors would write...addictive. Made me think, made me wonder. A novel well worth reading."—chicklitreviews.com on SECRET OBSESSION

"4 Stars! Roby is the queen of redemption! She has a knack for taking characters that readers love to hate and turning them into ones everyone will cheer for. This one's definitely a page-turner!"—RT Book Reviews on SECRET OBSESSION