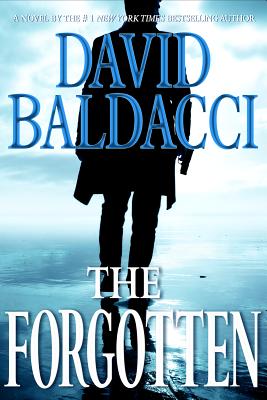 When Army Special Agent John Puller finds his aunt dead in Florida, he suspects it's no accident...and as local police dismiss the case, the cracks begin to show in a picture-perfect town in this #1 New York Times bestselling thriller.

Army Special Agent John Puller is the best there is. A combat veteran, Puller is the man the U.S. Army relies on to investigate the toughest crimes facing the nation. Now he has a new case--but this time, the crime is personal: His aunt has been found dead in Paradise, Florida.

A picture-perfect town on Florida's Gulf Coast, Paradise thrives on the wealthy tourists and retirees drawn to its gorgeous weather and beaches. The local police have ruled his aunt's death an unfortunate, tragic accident. But just before she died, she mailed a letter to Puller's father, telling him that beneath its beautiful veneer, Paradise is not all it seems to be.

What Puller finds convinces him that his aunt's death was no accident...and that the palm trees and sandy beaches of Paradise may hide a conspiracy so shocking that some will go to unthinkable lengths to make sure the truth is never revealed.

"Another fast paced page turner that will keep you glued to the couch...by an author who continues to standout in the increasingly crowded thriller field."—Examiner.com

"The sort of book you'll want to finish in a single night. Baldacci's pace is relentless and his prose is cut-to-the-bone lean."
—Richmond Times-Dispatch