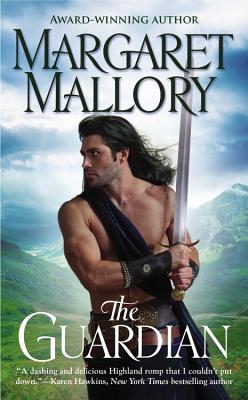 The Guardian (The Return of the Highlanders #1) (Mass Market)

From a USA Today bestselling author comes a "heartwarming and emotionally gripping" (Monica McCarty, New York Times bestselling author) Scottish second chance romance about a Highland knight and the wife he left behind.
After years of fighting abroad, Ian MacDonald comes home to find his clan in peril. To save his kin, he must right the wrongs from his past . . . and claim the bride he's long resisted.

As a young lass, Sìleas depended on Ian to play her knight in shining armor. But when his rescue attempt compromised her virtue, Ian was forced to marry against his wishes. Five years later, Sìleas has grown from an awkward girl into an independent beauty who knows she deserves better than the reluctant husband who preferred war to his wife. Now this devilishly handsome Highlander is finally falling in love. He wants a second chance with Sìleas - and he won't take no for an answer.

You can learn more at:

Praise For The Guardian (The Return of the Highlanders #1)…

"TOP PICK! 4 1/2 stars! Mallory imbues history with a life of its own, creating a deeply moving story. Her characters are vibrantly alive and full of emotional depth, each with their own realistic flaws. Her sensuous and highly passionate tale grabs the reader and doesn't let go."—RT Book Reviews

"Masterfully written. Margaret Mallory has created a series that every romance reader must read. THE GUARDIAN is truly a sizzling romance with high impact adventure that captures the Scotland readers long for."—FreshFiction.com

"For anyone who's watched "Game of Thrones," "The Borgias" or "Deadwood"... The Guardian manages to capture that very essence as the reader is swept off to a 16th century island in the Scottish Highlands where clan rivalries was a winner take all proposition. The author has set up a series with four strong heroes whose lives are intertwined and who despite their faults and problems they have each other. I'd say that was a winning combination and a great start to an exciting series."—Heart to Heart: The BN Romance Blog