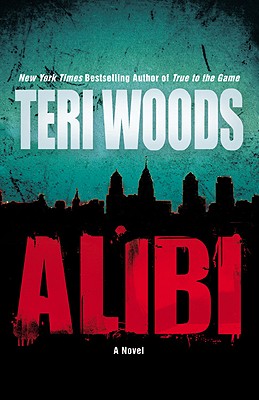 Two men think they've found the perfect opportunity--a chance to rob the stash house of Simon Shuller, one of Philadelphia's biggest drug lords. But their plans are spoiled when one of Shuller's men catches them as they break into the stash house. Temperatures flare as the men capture Shuller's worker, Poncho, and force him to show them the goods. What they didn't expect was for Poncho's partner to be armed and very dangerous. An altercation breaks out and when the smoke clears, Nard, Poncho's accomplice, is the only one left standing. Thinking quickly, Nard cleans shop and makes his escape, but not before being spotted by a few neighbors. Not wanting to kill anyone else, he makes a mad dash for the streets but wonders if the witnesses will give up his identity. What he needs now is a plausible alibi. If he doesn't come up with one fast, it could mean life in prison, or death on the streets.

"Woods keeps it raw in this gutsy sequel that features the round-the-way girl who fell hard for Quadir, the millionaire drug dealer."—Essence magazine on TRUE TO THE GAME II

"Street-lit pioneer Woods (True to the Game) makes her hardcover debut with this gritty, botched robbery tale. While giving a sympathetic voice to her financially desperate heroine-who entertains no fantasies of knights in shining armor and uses sex to get what she wants-Woods observes that easy cash comes with a steep price. Her fans are sure to demand this; buy multiple copies."—Library Journal

Teri Woods was born in Delaware and later moved to Philadelphia, PA where she worked as a legal secretary/paralegal for eight years in a Philadelphia law firm. She began writing True to the Game in 1993 and began to submit her work to publishers. After being turned down, the book sat dormant in a closet for two years. In 1998, she began selling handmade copies of the book out of the trunk of her car. With the success of the handmade books, she started her own publishing and production company, Meow Meow Productions.

Teri Woods lives in New Jersey with her three children. She is hard at work on her next novel.
Loading...
or
Not Currently Available for Direct Purchase