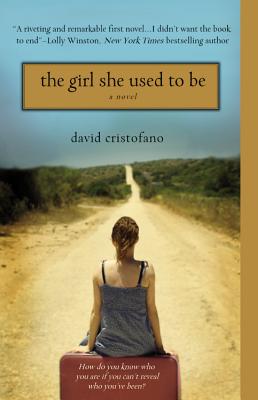 The Girl She Used to Be

In this "[i]ntense, romantic debut," a woman who has lost her identity to the Witness Protection Program flirts with trusting her life to the Mafioso hired to kill her (Publisher's Weekly).
When Melody Grace McCartney was six years old, she and her parents witnessed an act of violence so brutal that it changed their lives forever. The federal government lured them into the Witness Protection Program with the promise of safety, and they went gratefully. But the program took Melody's name, her home, her innocence, and, ultimately, her family. She's been May Adams, Karen Smith, Anne Johnson, and countless others--everyone but the one person she longs to be: herself. So when the feds spirit her off to begin yet another new life in another town, she's stunned when a man confronts her and calls her by her real name. Jonathan Bovaro, the mafioso sent to hunt her down, knows her, the real her, and it's a dangerous thrill that Melody can't resist. He's insistent that she's just a pawn in the government's war against the Bovaro family. But can she trust her life and her identity to this vicious stranger whose acts of violence are legendary?

Praise For The Girl She Used to Be…

"What a riveting and remarkable first novel! The story grabbed me on page one. As the events spin forward, with crackling dialogue and earned surprises, you can't help but root for this most unusual, and lovable narrator--whatever her secret name or home may be at the moment. I didn't want the book to end; I didn't want to leave the wild, wooly wonderfully frightening world that David Cristofano has created. With a poignant and literary flair, this novel fixed my jones for "The Sopranos.""--Lolly Winston, New York Times bestselling author of GOOD GRIEF and HAPPINESS SOLD SEPARATELY

"David Cristofano's debut novel is alternately thought-provoking, poignant, and darkly funny. THE GIRL SHE USED TO BE hooked me from the very first page."
--Lesley Kagen, New York Times bestselling author of WHISTLING IN THE DARK and LAND OF A HUNDRED WONDERS


"This is a compulsively readable, skillfully constructed first novel with well-drawn characters and a plot that twists and turns to what seems the best possible conclusion, marking Cristofano as a writer to watch!"
--Booklist


"THE GIRL SHE USED TO BE is everything I want a book to be. A humorous, poignant, and compelling page-turner that kept me guessing all the way to the end. I marveled at how utterly I was drawn into Melody's world and what a vivid picture David Cristofano created."
--Patricia Wood, New York Times bestselling author of LOTTERY

"I absolutely fell in love with David Cristofano's writing, and couldn't wait to see Melody's mystery unfold. THE GIRL SHE USED TO BE is that rare novel...it's the one you've been looking for when you wander the bookstore aisles, hoping to find something that will grab hold of you and not let go. Eloquent, haunting, and totally enthralling--I was swept in from page one."
--Johanna Edwards, nationally bestselling author of HOW TO BE COOL

"David Cristofano artfully explores the meaning of identity and home, heroes and villains, in this story of a woman who loses herself, then finds herself again in the most unlikely place. THE GIRL SHE USED TO BE is a roller-coaster ride, both thriller and riveting psychological drama, and Cristofano is definitely a writer to watch for."
--Elizabeth Arnold, bestselling author of PROMISE THE MOON

"David Cristofano's debut novel captures the essence of the human spirit, and delivers a story that is simultaneously heartwarming and heartbreaking."--Brad Listi, author of ATTENTION. DEFICIT. DISORDER

"There's no hiding the fact that THE GIRL SHE USED TO BE is a brilliant debut by a magnificent new novelist." --Will Clarke, LORD VISHNU'S LOVE HANDLES and THE WORTHY

David Cristofano has worked for different branches of the Federal Government for over fifteen years, serving such agencies as the Department of Justice and the Department of Defense. His debut novel, The Girl She Used To Be, was nominated for an Edgar Award for Best First Novel by an American Author. He currently works in the Washington DC area where he lives with his wife, son, and daughter.
Loading...
or
Not Currently Available for Direct Purchase