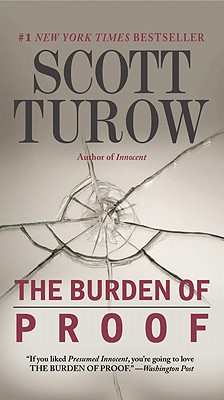 The Burden of Proof

Turow's acclaimed second novel, which topped international bestseller lists, is now available in trade paperback. Sandy Stern, the brilliant defense attorney from Presumed Innocent, faces an event so emotionally shattering that no part of his life is left untouched. It reveals a family caught in a maelstrom of hidden crimes, shocking secrets, and warring passions.