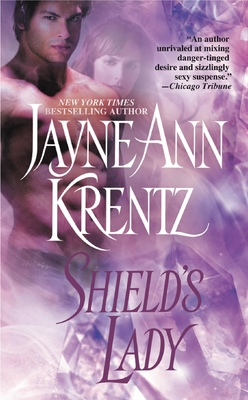 Sarianna was a cool, confident businesswoman, an outcast from the East determined to regain her rightful status. Gryph was an intense mercenary respected and feared throughout the opulent cities and savage frontiers of the West. But from the moment they met, fate made them one. Was it their destiny to be bound to a force that both captivated and frightened them?

Jayne Ann Krentz is the author of fifty New York Times bestsellers. In addition to her fiction writing, she is the editor of, and a contributor to, a non-fiction essay collection, DANGEROUS MEN AND ADVENTUROUS WOMEN: ROMANCE WRITERS ON THE APPEAL OF THE ROMANCE published by the University of Pennsylvania Press. She earned a B.A. in History from the University of California at Santa Cruz and went on to obtain a Masters degree in Library Science from San Jose State University in California. Before she began writing full time she worked as a librarian in both academic and corporate libraries. She is married and lives with her husband, Frank, in Seattle, Washington.
Loading...
or
Not Currently Available for Direct Purchase