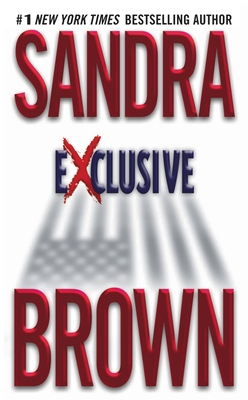 An ace reporter investigates the suspicious death of her best friend's baby in this #1 New York Times bestselling political thriller of murder, passion, and intrigue in the White House.

Barrie Travis is not famous; she's just a damn good reporter stuck at a low-budget television station. Then, her old friend -- now America's First Lady -- asks her to investigate the death of her baby. Stunned by grief after the loss of her infant son, the President's wife hints that her child didn't really die of SIDS; in reality, he may have been murdered.

Blind to everything but finding the truth, Barrie delves into the private lives of the president and his wife and uncovers dark and terrible secrets that will test her ethics, her patriotism, and her courage. With the help of Gray Bondurant, a mysterious former presidential aide, this story could topple the presidency and change the course of history.

In this fast-moving tale from a master of suspense, Barrie must fight powerful forces that want nothing more than to see the scandalous past -- and a certain young reporter -- dead and buried.

Sandra Brown is the author of seventy-two New York Times bestsellers. There are over eighty million copies of her books in print worldwide, and her work has been translated into thirty-four languages. She lives in Texas. For more information you can visit www.SandraBrown.net.

"A masterful storyteller, carefully crafting tales that keep
readers on the edge of their seats."—USA Today

"Brown has few to envy among living authors."—Kirkus Reviews
or support indie stores by buying on
(This book is on backorder)
Copyright © 2020 American Booksellers Association