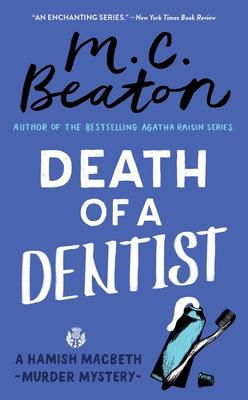 Death of a Dentist (A Hamish Macbeth Mystery #13)

From the author of the Agatha Raisin television series...DEATH OF A DENTIST: A Hamish Macbeth MysteryA blinding toothache sends Hamish Macbeth 120 miles out of Lochdubh to the dentist Frederick Gilchrist, only to find him dead. Since everyone is pleased the dentist is deceased--patients, several harassed women, and even his wife--Macbeth faces one of the more biting challenges of his career.