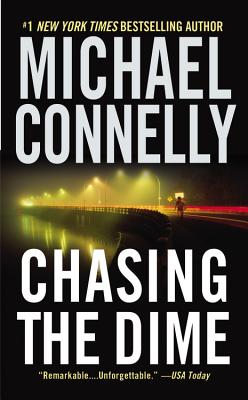 The phone messages waiting for Henry Pierce clearly aren't for him: "Where is Lilly? This is her number. It's on the site." Pierce has just moved into a new apartment, and he's been "chasing the dime"--doing all it takes so his company comes out first with a scientific breakthrough worth millions. But he can't get the messages for Lilly out of his head. As Pierce tries to help a woman he has never met, he steps into a world of escorts, websites, sex, and secret passions. A world where his success and expertise mean nothing...and where he becomes the chief suspect in a murder case, trapped in the fight of his life.

Michael Connelly is the author of thirty-six previous novels, including the New York Times bestsellers The Dark Hours, The Law of Innocence,Fair Warning, and The Night Fire. His books, which include the Harry Bosch series, the Lincoln Lawyer series, and the Renée Ballard series, have sold more than eighty million copies worldwide. Connelly is a former newspaper reporter who has won numerous awards for his journalism and his novels. He is the executive producer of Bosch, starring Titus Welliver, and the creator and host of the podcasts Murder Book and The Wonderland Murders. He spends his time in California and Florida.
Loading...
or support indie stores by buying on