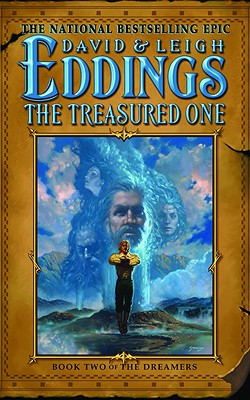 Book Two of The Dreamers

New York Times bestselling authors David and Leigh Eddings, creators of such grand fantasy epics as The Belgariad and The Malloreon, continue the national bestselling saga of The Dreamers with an epic new novel of gods and mortals who must defy the dark forces that would destroy them all... Flush from their narrow victory over the horrific Vlagh, Longbow and his companions are drawn to a pastoral territory in south Dhrall, confident that they will thwart the next assault by their inhuman foe. But on the border of the Wasteland, the Vlagh is breeding a monstrous new army of venomous bat-bugs and armored spiders. These grotesque legions threaten to overwhelm the allies, who are further shocked by a prophecy delivered by the Dreamers: an invasion by a new, second army. A force of armed acolytes approaches to plunder this unspoiled land in a global holy war. Now farmers and hunters, soldiers and madmen, mortals and gods-all charge to a battle that will decide the fate of the world.

Leigh Eddings has collaborated with her husband since the beginning. They live in Nevada.
Loading...
or
Not Currently Available for Direct Purchase