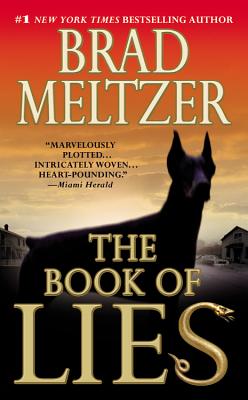 
In Chapter Four of the Bible, Cain kills Abel. It is the world's most famous murder. But the Bible is silent about one key detail: the weapon Cain used to kill his brother. That weapon is still lost to history.

Brad Meltzer is the author of six New York Times bestselling thrillers: The TenthJustice, Dead Even, The First Counsel, The Millionaires, The Zero Game, and TheBook of Fate. He is also the #1 bestselling author of the critically acclaimed comic books Identity Crisis and Justice League of America, and is the co-creator of the TV series Jack & Bobby. A graduate of the University of Michigan and Columbia Law School, he currently lives in Florida. To learn more about Brad, please visit him at www.bradmeltzer.com.