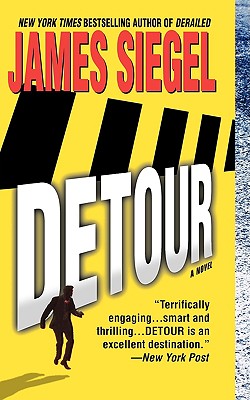 How far would you go for someone you love? Would you sacrifice your beliefs? Would you commit a federal crime? Would you risk everything you have? James Siegel's electrifying thriller, Derailed, captivated readers with its emotionally charged twists and turns, racing up national bestseller lists and landing a major motion picture deal. The Washington Post called it "spectacularly inventive," and James Patterson raved, "James Siegel has arrived in high style." Now this acclaimed new master of suspense returns with the explosive story of a mother's love, a father's devotion-and an adopted daughter who turns their lives upside down. They want what every young couple wants: a child of their own. But Paul and Joanna Breidbart have been trying to conceive for five long years-a torturous process of failed medical procedures that nearly tore their marriage apart.

When they finally decide to adopt, American agencies tell them they will have to wait years for their dream to come true. The couple agrees to fly to war-torn Colombia to adopt a baby girl. Paul knows all about risks. As an insurance executive, he routinely calculates the odds of dying in a plane crash or being hit by a bus. Yet all the accident statistics in the world can't prepare him for what is about to happen. Paul and Joanna receive the baby girl of their dreams and their world seems perfect. Then one afternoon they briefly leave their baby daughter alone with their new nanny. When they return, something is disturbingly different about their child...and suddenly everything Paul values is in jeopardy. Again, James Siegel gives us a tale of ordinary men and women thrust into extraordinary circumstances-and a novel that confirms him as one of today's most powerful writers of psychological suspense.

James Siegel grew up in New York and drove a cab while attending community college. One day a passenger suggested he apply for a copywriting job at his advertising agency, BBDO. Despite his award-winning career there, he never abandoned his dream of writing a novel.
Loading...
or support indie stores by buying on